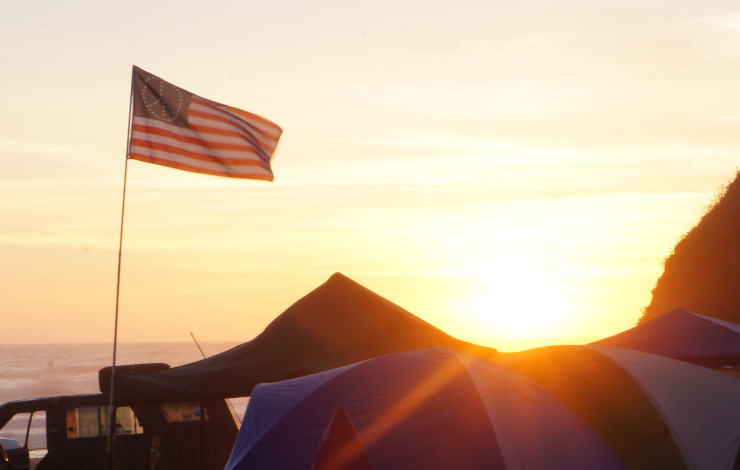 Reunited in the Bay!

So after 3 weeks of service to his country, Brett was back. It was only fitting that he reunited with the team a day after Independence Day, which also happened to be my birthday. I could not have asked for more!

We stayed in Sausalito, just north of San Francisco, for 3 nights with Christen and Deena and their daughter, Olivia. 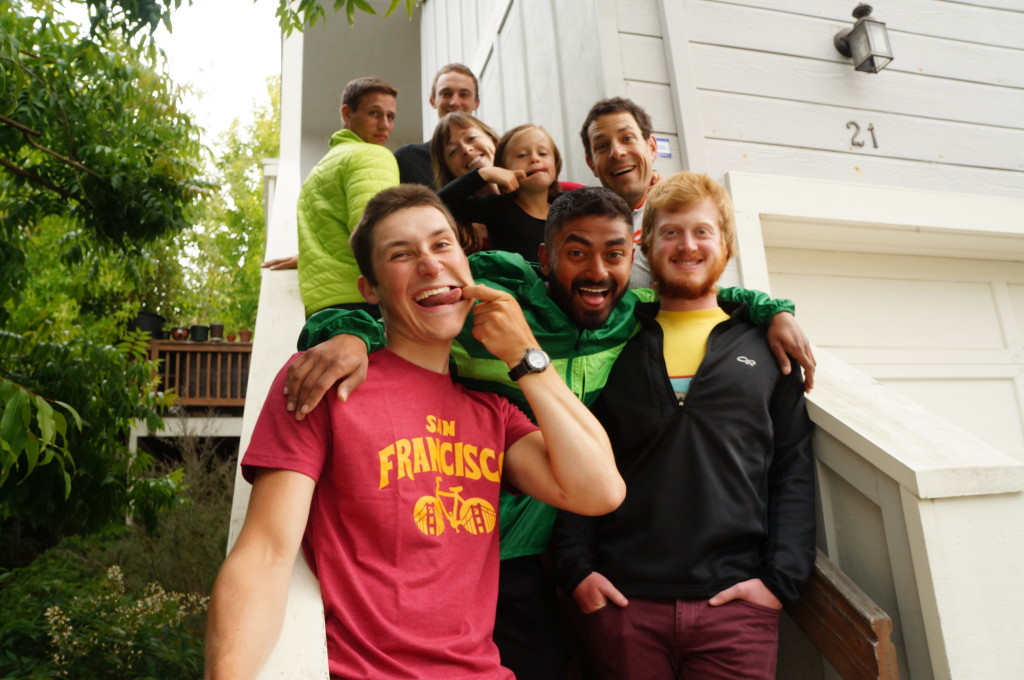 With Christen and Deena in Sausalito, CA

We toured San Francisco –the hills, the graffiti, Chinatown – as much as we could in the finite amount of time. The pictures do little justice to how beautiful the city really is. 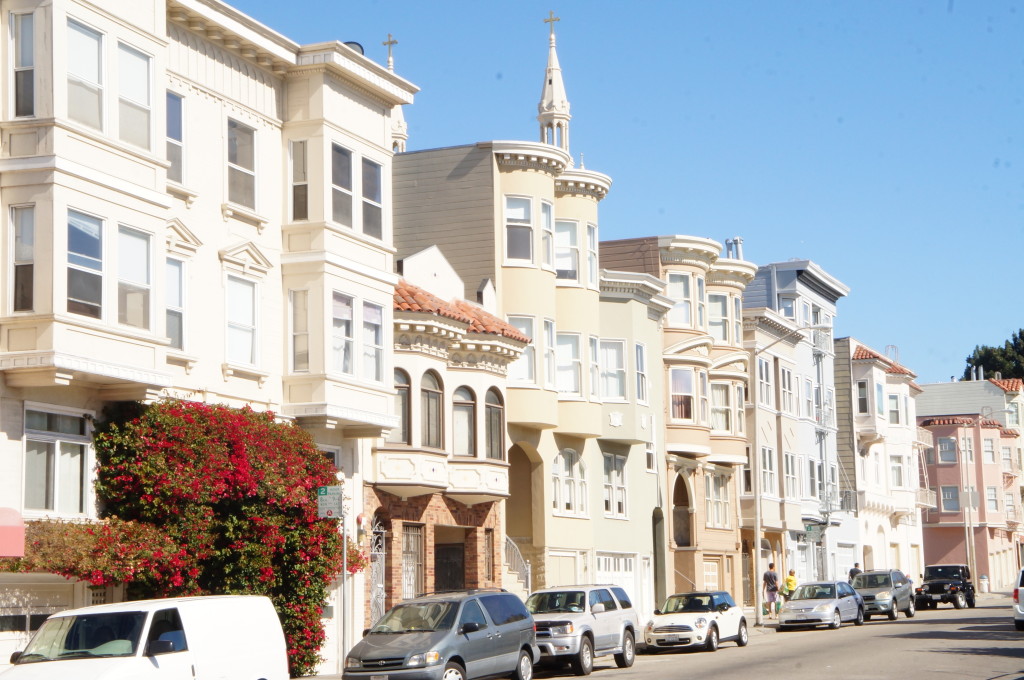 Part of the city 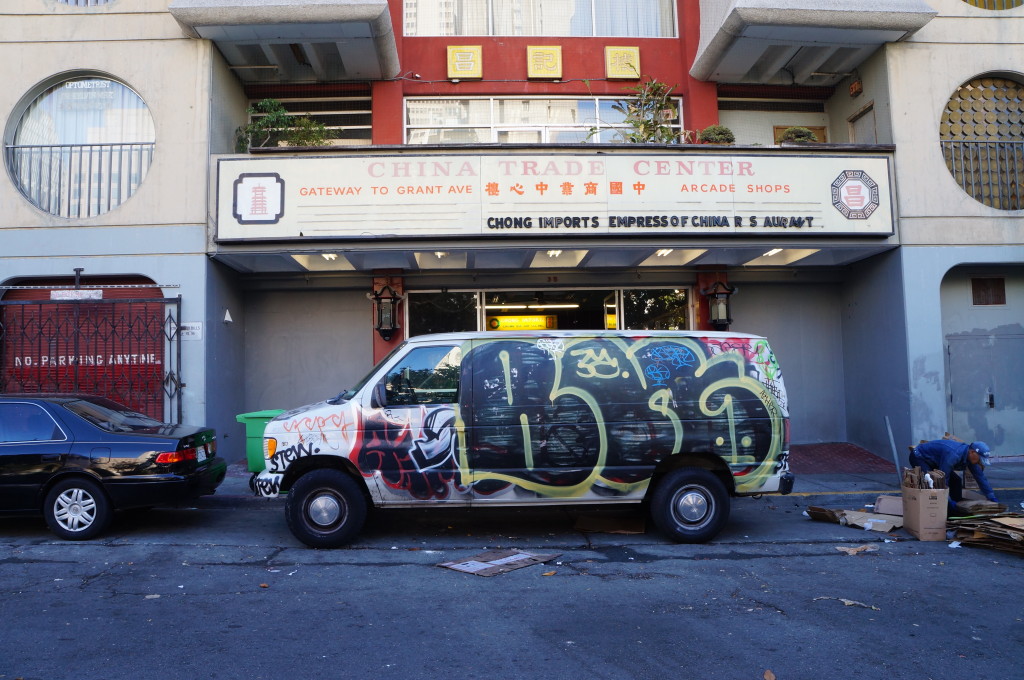 This wasn't the only reunion. Mike also met up with his Dad’s cousin, Dana who was living in a boat house in Sausalito. It was quite a joyful reunion for them as well, since the last time their paths crossed was almost 17 years ago, when Mike was five years old. Thank you for hosting us for dinner! 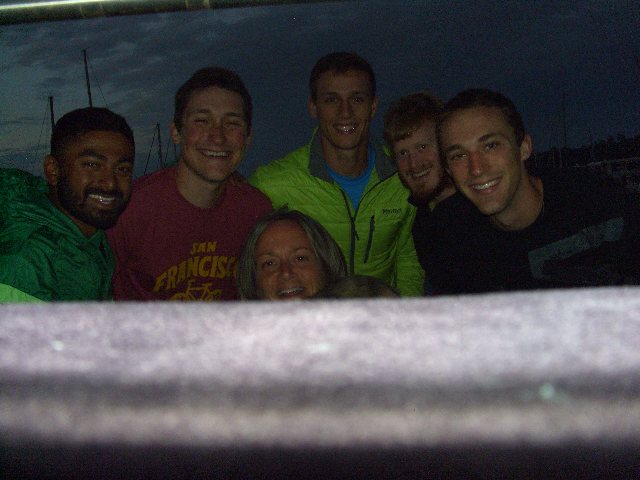 With Dana on her boathouse

If you were learning a language and the word was San Francisco, what would be a picture to go with it?

The Golden Gate Bridge stands at a mighty 746 feet with a span of about 1.7 miles.  It’s so tall, we actually never got to see the top of the support beams because of all the fog. It’s so wide, that after 3 lanes of traffic each way, they have separate paths for cyclists and pedestrians. 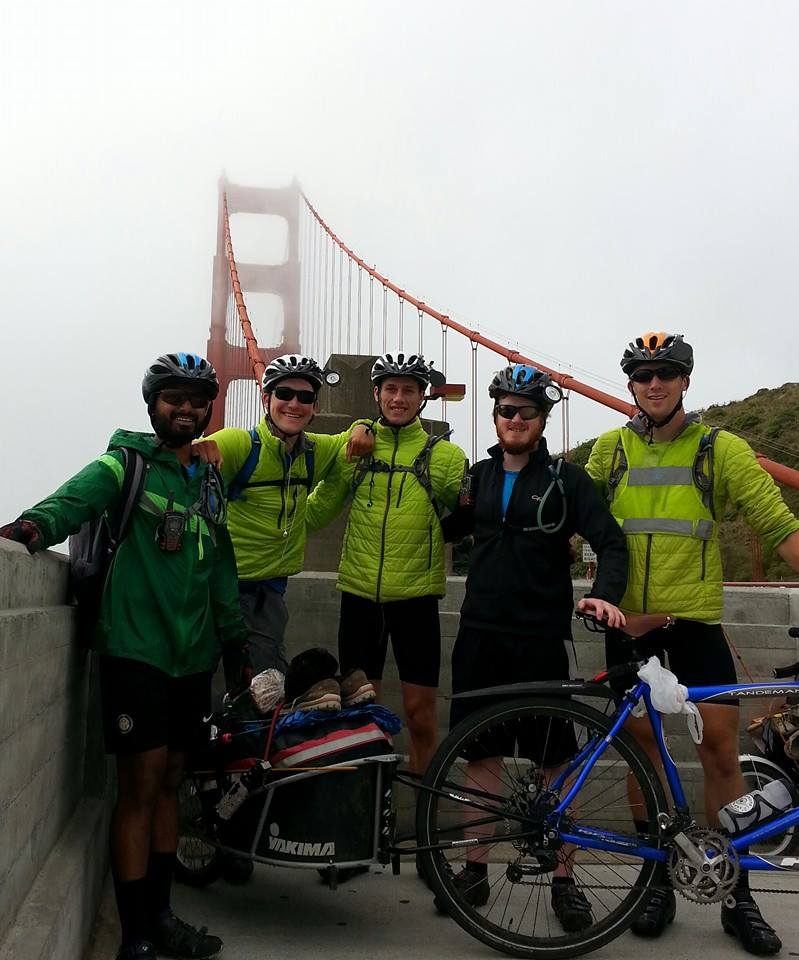 A foggy morning on the bridge.

It was a prominent landmark that fulfilled our journey to the west coast. It was a very satisfying feeling. The first leg of the journey was over - we had biked over 2500 miles. The anticipation is rising, as is the heat. We're going to be experiencing some very hot and humid weather but we also have The Grand Canyon and Zion National Park to look forward to. It will be wonderful if someone would like to join us for a few days and possibly even sag wagon.It will definitely be a huge help in the heat! On the bright side, you get to hang out with us and experience the land!