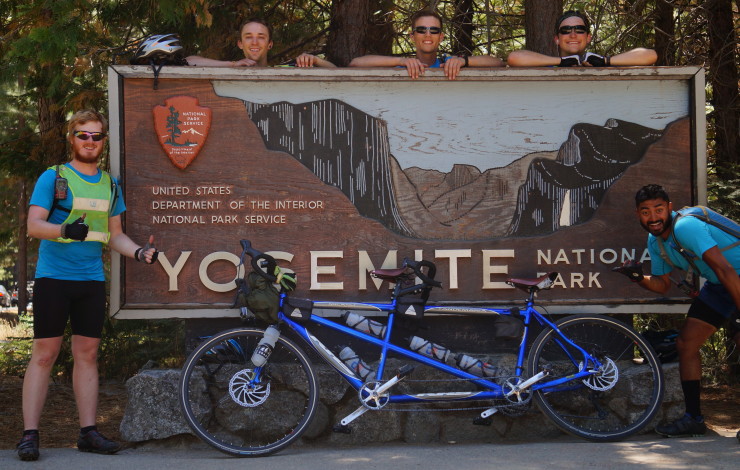 A few Leaps of Faith

This is what we had planned for this past week, followed by what actually happened:

Tuesday : Take the ferry to Oakland, and then bike the 86 miles to Manteca, CA and camp out since we hadn’t heard back from any of the people we contacted for hosting us.

What actually happened: Missed the first ferry, got delayed by almost 3 hours then biked 31 miles to Pleasanton. There, we went to a tandem bike shop, the first one of its kind we had come across, and the owner was generous enough to service our bikes for free! We decided to call it a night at Pleasonton but had nowhere to stay. We ran across two Mormon Missionaries who invited us to play a couple games of basketball at their church. A few blisters and pickup games later, as we prepared to camp outside the church, Mike, one of the guys we played with invited us to stay at his house.  We could not believe our luck. 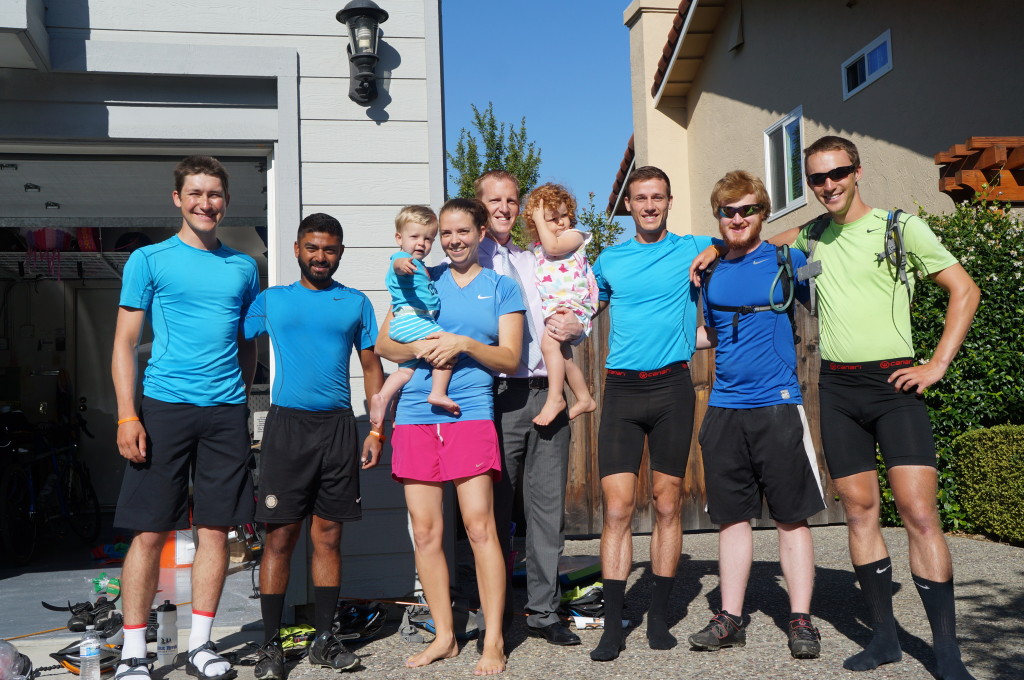 With Mike and his family in Pleasanton, CA

Wednesday: We planned another 80 mile day towards Yosemite National Park.

What actually happened: 6pm. 90 degrees.  Still another 30 miles to go. We kept pedaling on, hoping to make it to at least Oakdale, which would be about 20 miles from our final destination. We didn’t have a game plan for lodging, until Jim, an Oakdale resident, pulled over to the side of the road and started talking to us. He did the math in his head and figured we weren’t going to be able to make it further than Oakdale. Upon finding out about our situation, he offered to host us for the night.  Once again, a complete stranger, random act of kindness. 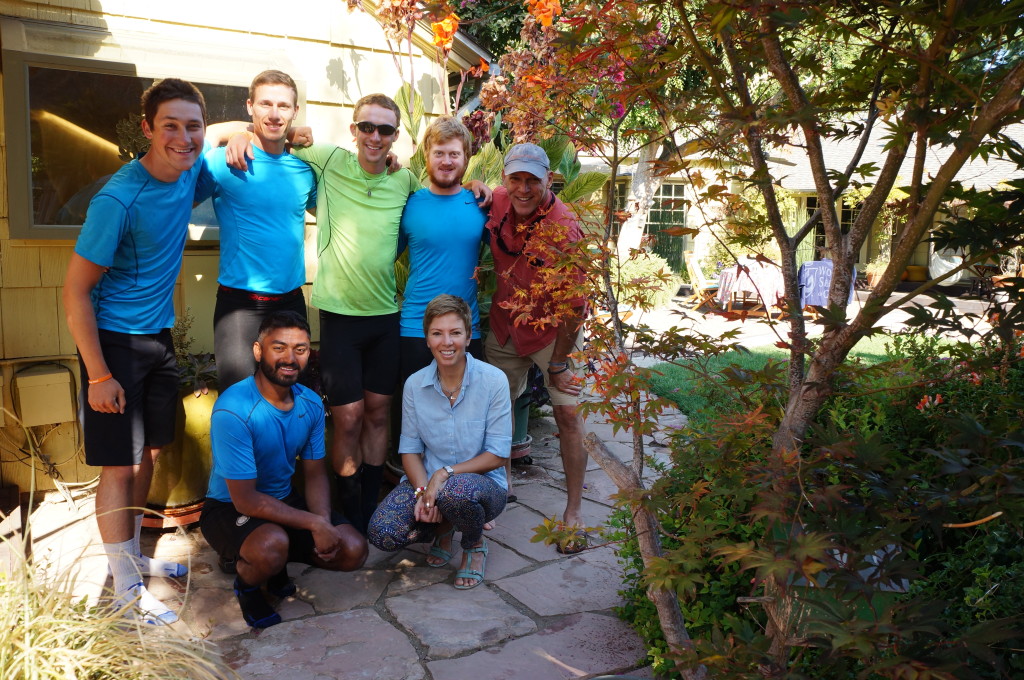 With Jim and Desiree in Oakdale, CA

Thursday: We planned a short day knowing we had a giant climb ahead of us. But once again we were in the same boat for lodging – we were going to try and wing it.

What actually happened: We did make it to Groveland as planned! First time in the week! Right after pedaling over New Priest Road, which was a 2000 foot climb, we stopped at the café at the top of the hill to fill up with water. 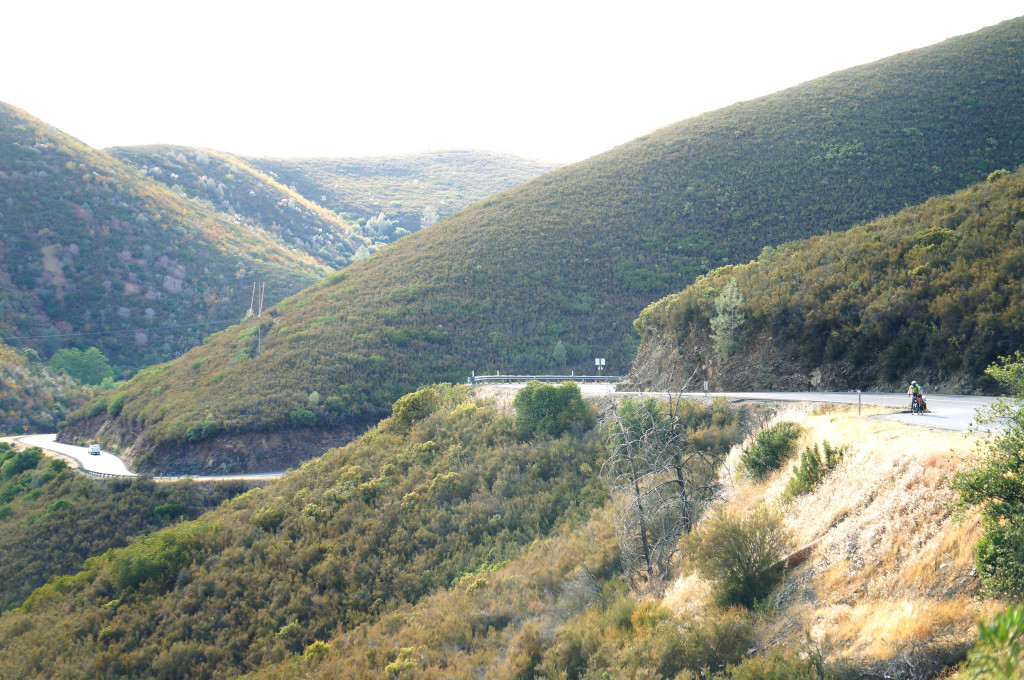 At this point we were still about 5 miles from our destination. Mike and Ben started chatting with a family there. Grandma Lorraine was there with her daughter, Karen, and 3 grandaughters celebrating Valerie’s (one of her granddaughters) birthday. After seeing us bike up that hill and hearing our lodging situation, Grandma Lorraine decided to take us in!

In her boston accent, she said to Valerie,

“This is a birthday you will never forget.” 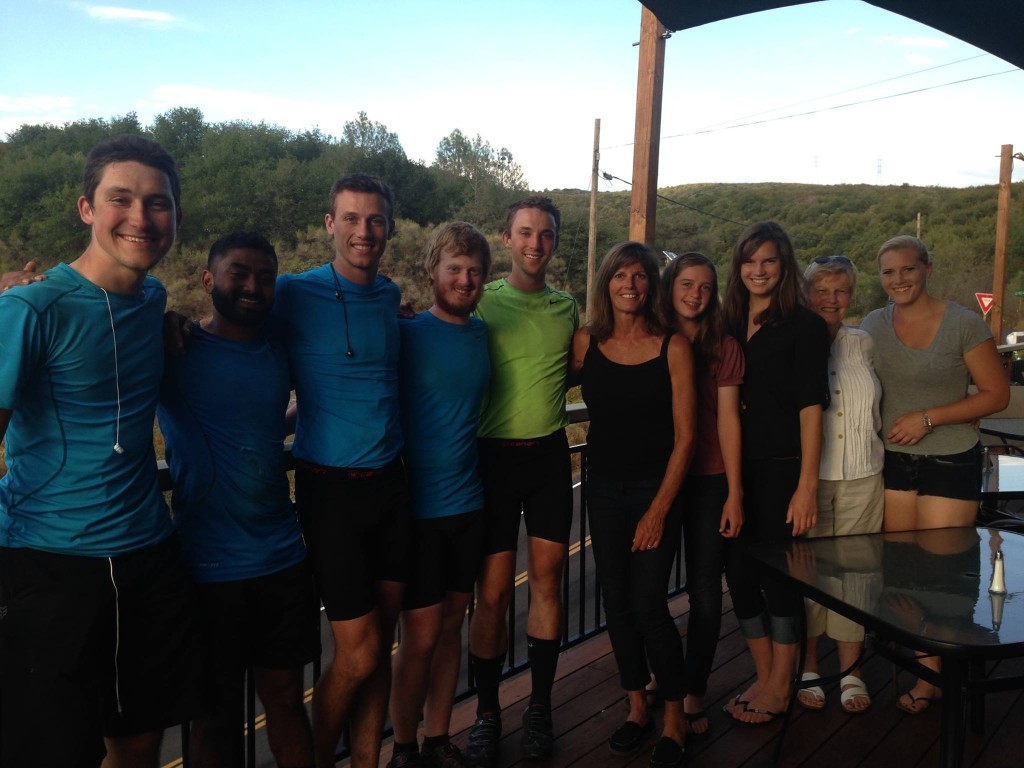 With Grandma Lorraine, her daughter Karen (next to Mike) and her granddaughters

That was just the beginning of Grandma’s generosity. Lorraine had worked as the food director for San Jose State University for an extended period of time – we were practically open books to her. She knew the hills we had to climb throughout Yosemite National Park and the amount of traffic that would be there because of the timing of the year. She offered to carry all our load in the back of her SUV! And she did this both Friday and Saturday! 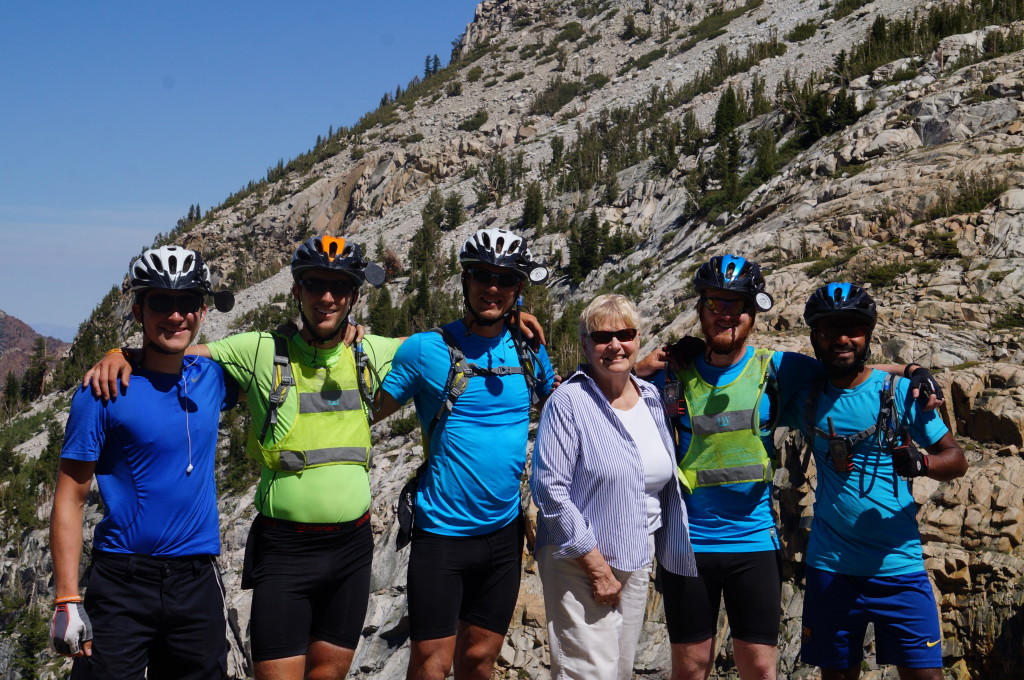 Lee Vining was where we were scheduled to be by Saturday. We made it there, just not the way we had planned. But we don’t regret it, not one bit. It was important to not get deterred by the everyday obstacles, but rather embrace them and focus on the bigger picture. Because sometimes, preparation can only take us so far. After that, we have to take a few leaps of faith.