Thanks to these awesome people for hosting us and sharing their story! 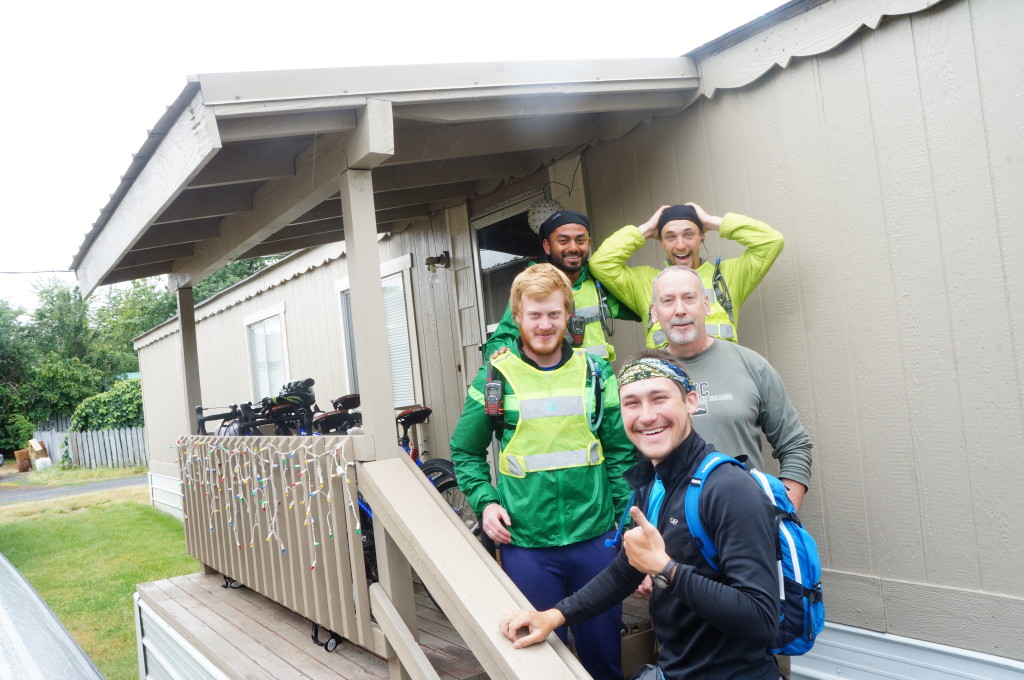 With Michael Brumbaugh in Kamiah, ID

Michael is a "tree-doctor," who works for the Department of Forestry in Kamiah, Idaho. We found him to be very intellectually stimulating, as most of our conversations with him revolved around issues including but not limited to racism, sexism, privilege, education, religion. Michael's courage, especially when it came to being open about his sexual orientation (Michael is gay) with his family and the rest of the world, is definitely note worthy.  Thank you for those meal-replacement bars! They really did fill us up. 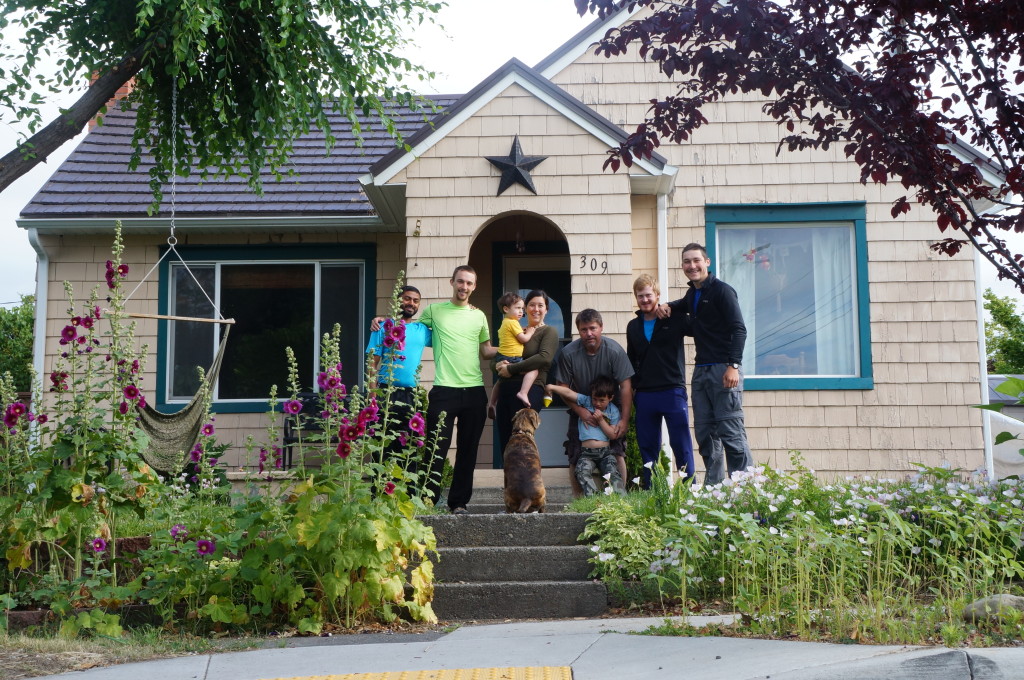 With Greg and Jeanette Betzold in Lewiston, ID

Greg and Jeanette are parents to two very loving kids. They entertained us with a 3 course meal and some fine beer. Over the weekend, they introduced us to their friends, got us an interview with the local radio and gave us an opportunity to speak at a school about what we were doing and why. We really do appreciate it! 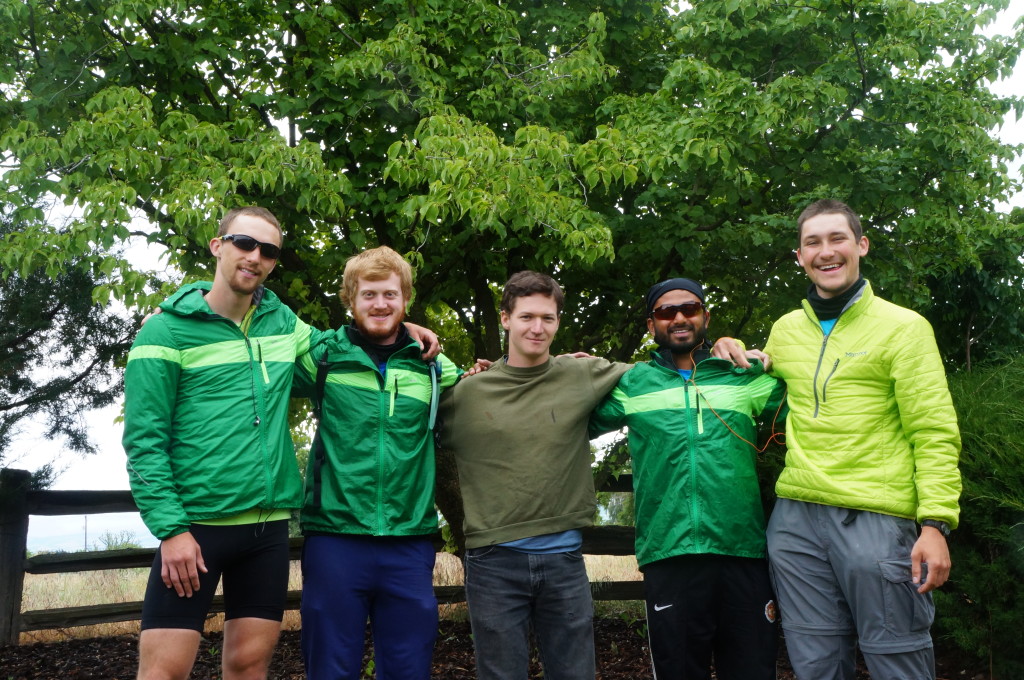 Our stop in Walla Walla was unpredicated, as was the weather. After riding through some heavy downpours we decided to cut the day short and stop at Walla Walla. We met Andrew through Warmshowers and he was generous enough to host us, despite the very short notice. The previous summer Andrew had done some long distance touring, beginning in Walla Walla and going all the way to Florida. We talked about our experiences so far regarding touring and found the struggles to be rather similar. Andrew is currently job-seeking in Walla Walla, Washington. Good luck! 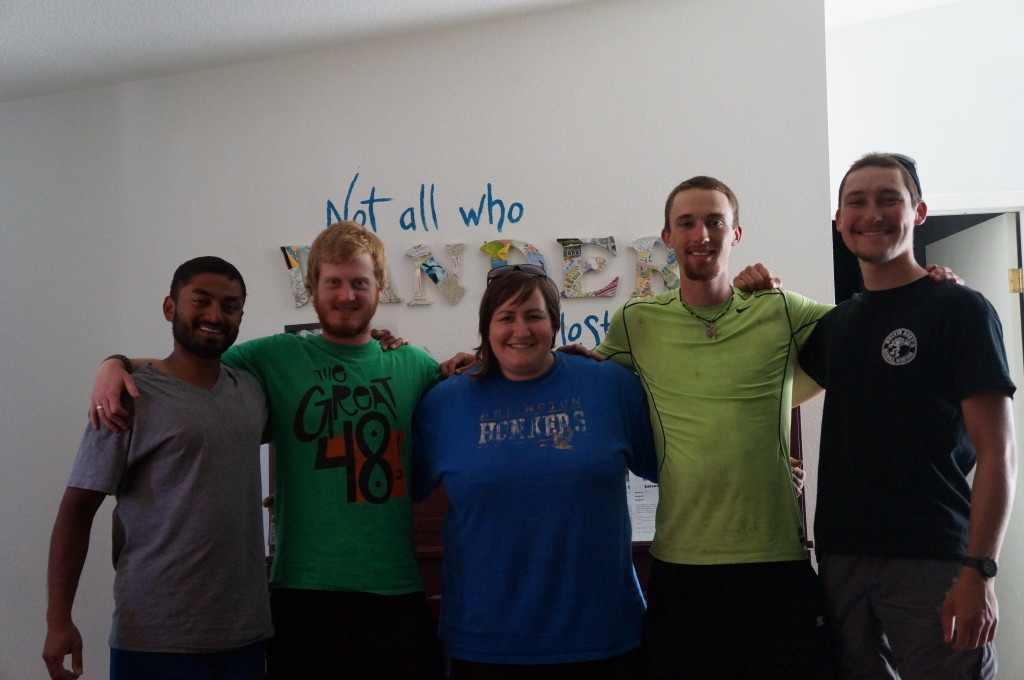 With Danita Pappas in Arlington, OR

After a miserable 30 miles of 20 mph headwinds, we made it to Arlington, OR to meet up with Danita for lunch. She was very generous with the food, which we primarily like to blame for not being able to get back on the road again. We were stuffed! And she took us out for ice-cream too!

At the moment, Danita is working as a music teacher at the Arlington School. She loves photography and traveling - her walls are memoirs to her couch-surfing days. She now hosts people herself, her way of giving back to the community. Her dream city is NYC and is planning on moving there with her sister in a couple years time! We wish you the best of luck! 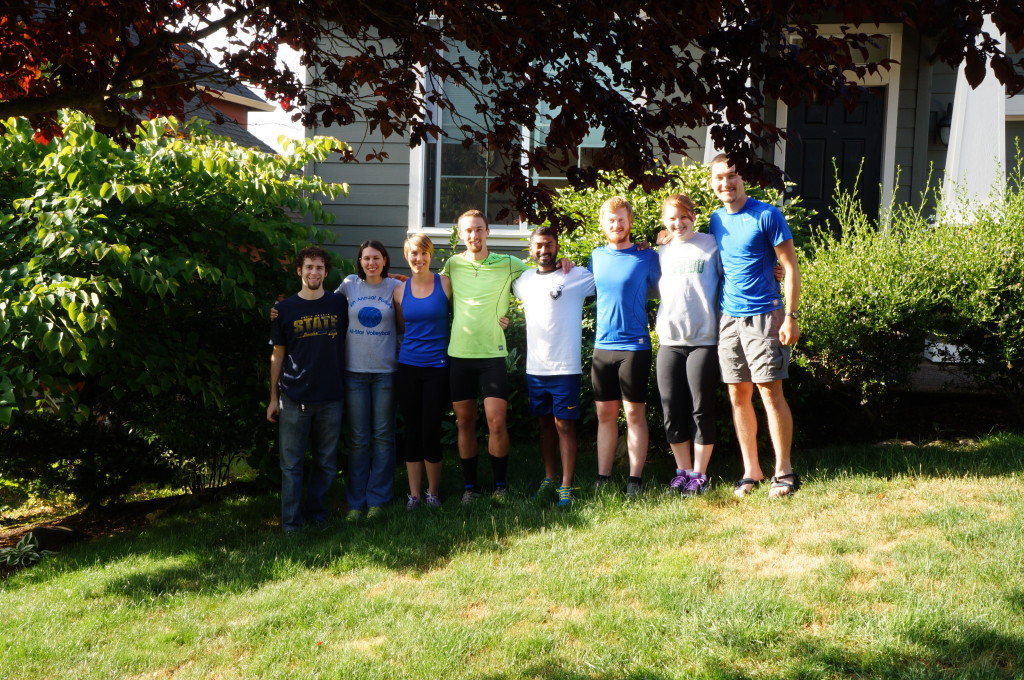 With Jessamyn (second from left) and Andrew (first from left) Ode in Portland, OR

Andrew and Jessamyn Ode are recent SDSU graduates and weds. While living in Sioux Falls they visited a friend in Portland, and fell so in love with the city that they decided to move out there. During our visit, we met Erica (Andrew's sister, second from right) and Arielle (third from left), Jess' best friend. Over a smoked salmon dinner, we reminisced SDSU days and Brookings. They showed us around the Saturday market, Voodoo Doughnuts, Powell's Books and several other must-visit sights in the Portland area.

"On your way from A to B, don't forget the reason you're traveling from A to B."

We still carry the note with us! Thank you for having us. Also special thanks to Jameson Berreth for making this possible. (Jess is Jameson's sister). 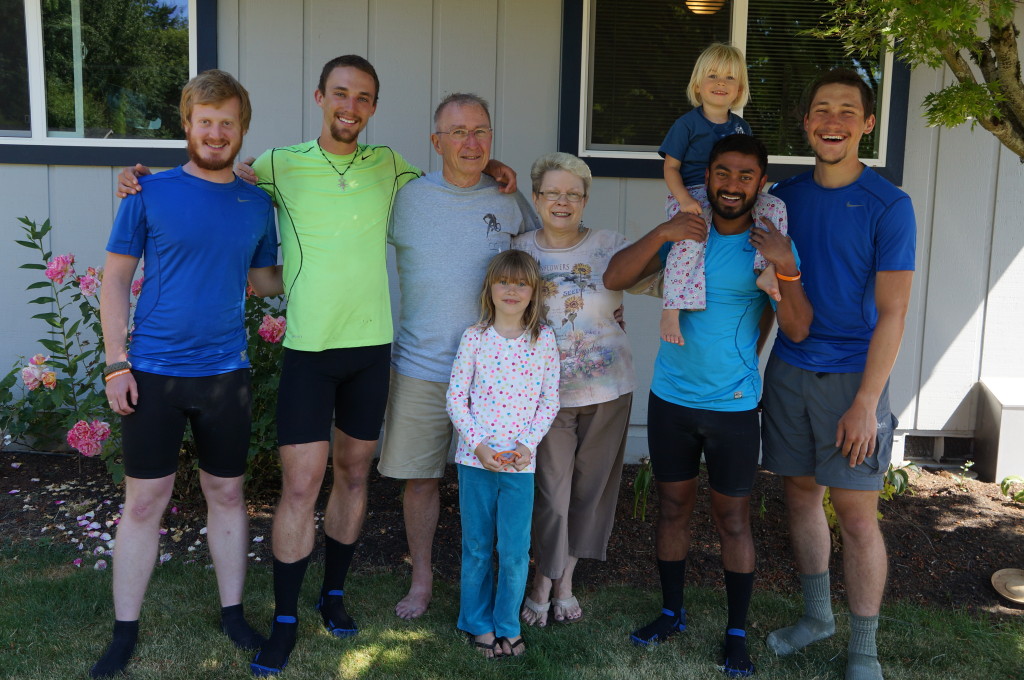 With Sharon and Dave Cary and their granddaughters in Salem,OR

Sharon and Dave are a retired couple in their 70's. But besides work, nothing about their lifestyle seemed to hint that they were retired. Dave still bikes 35 miles a day, on average, while Sharon is either cooking up one of her secret recipes or going out with her daughter and grand-daughters. Her grand-daughters are very adorable, just in case you didn't notice. They have been hosts to quite a few cyclists since they started offering their place on Warmshowers and kept a scrapbook of it. As we wrote down our own story and read others', we felt an overwhelming sense of connection with people we hadn't ever met.

Besides giving us a new books-to-read list, Dave had some very sound advice for us. Questioning authority in a manner where you know not just what to ask, but how to ask was probably the one that stood out for me.

On a concluding note, Sharon's first husband was the singer for The Kingsmen that sang Louie Louie. Interesting story - he had just gotten his braces tightened the day before recording and hence the muffled, raspy voice. What he must have thought to be a failure turned out to be a big hit!

"Louie Louie" by the Kingsmen