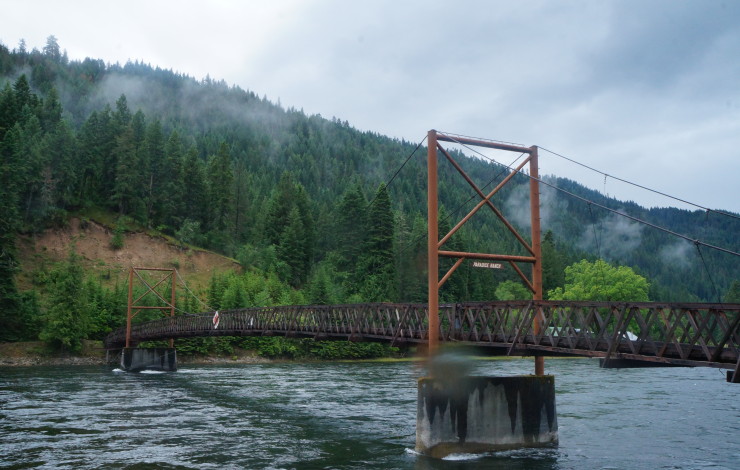 Okay, so we cheated.

But we had no other option! And we’re being honest about it, so maybe we deserve some credit for that.
Let me explain.

Mike and I were on a tandem, battling 20mph winds as we’re making our way to Hood River. Mike shifts down but all of a sudden the chain starts rattling, our pedals get stuck and I see a couple metal parts flying off into the yonder.

We pull over, unhook the trailer and assess the damage.

The derailleur (the part that shifts the gears) completely broke off the hanger, got tangled in the chain and was now dangling around with nothing to hold it in place.

“We have a situation here; a serious one.” 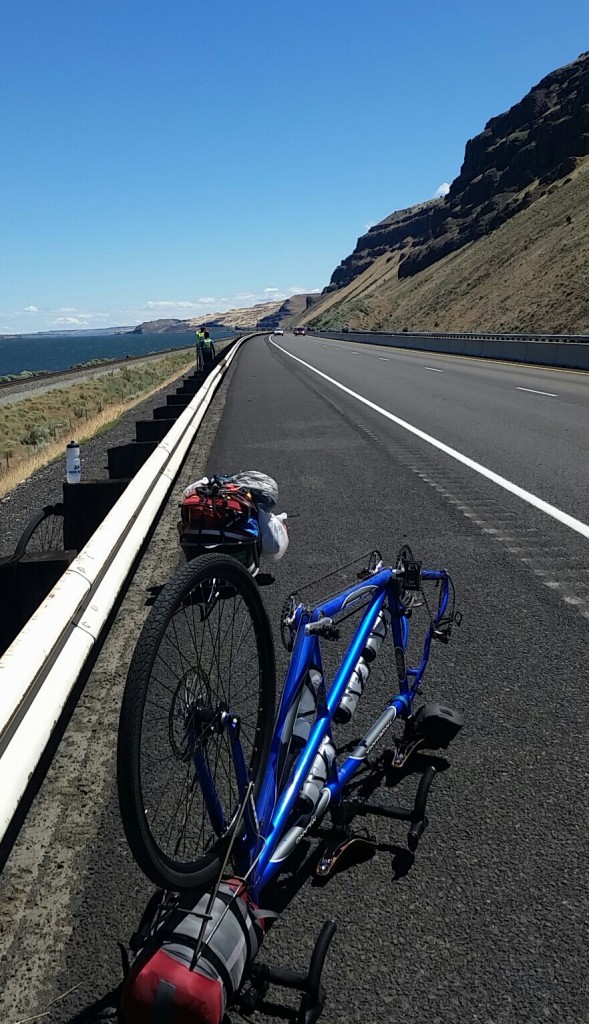 Ben started to make calls to bike stores to see if maybe they would come help us out on the road (It has happened before!) while the rest of us tried to find a ride, i.e. hitchhike to the nearest big town. Sure enough 30 minutes later a truck pulled over to help us. We were saved!

Amos Stitham, the gentleman who picked us up was on his way to Seattle but was more than happy to give us a ride to Portland. Now that got us uber-excited: we were going to be in Portland a day earlier than we predicted!

As Amos divulged his story to us we were quite amazed at what he had to say. He was born in a small town in Washington but lived in Boise, ID. Harley Davidson’s were his life till he got into an accident that paralyzed him armpit down. But that didn’t stop him. Despite the doctor’s grave forecast that he might not be able to walk again, he nurtured himself for over a year so he could walk again. His motivation - his son, Joshua. Like us, his son was an adventure freak who loved biking and travelling. When we asked him why he was headed to Washington, his response was:

He had lost his son about a week ago to an acute asthma attack. He told us how Joshua would go out of his way to help people at times and how Amos thought at times that was ridiculous. But after losing Joshua, the only thing Amos prayed for was to live his life more like his son. And sure enough, not even 5 minutes later we were there on the road asking for help.

Yes it might have been a coincidence. But we would rather mistake it for a miracle. A coincidental miracle. Miracles do happen. They happen through everyday people - through our stories, our actions and through our kindness to people. 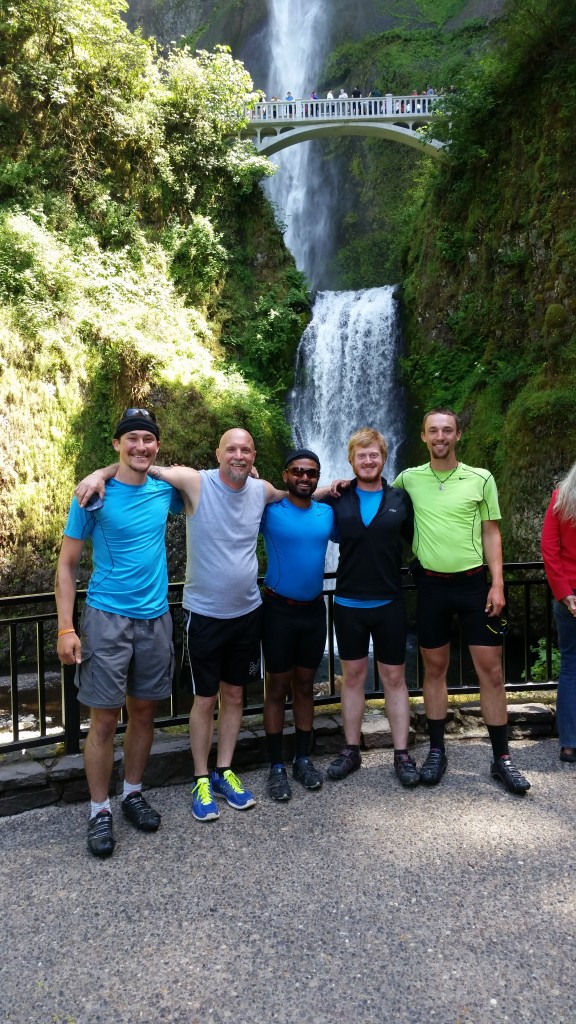 With Amos Stitham, at Multnomah Falls.

In the words of Amos, “Thank you for the opportunity to share with you. I was feeling very sad and missing my son badly when I found you guys by the side of the road.”